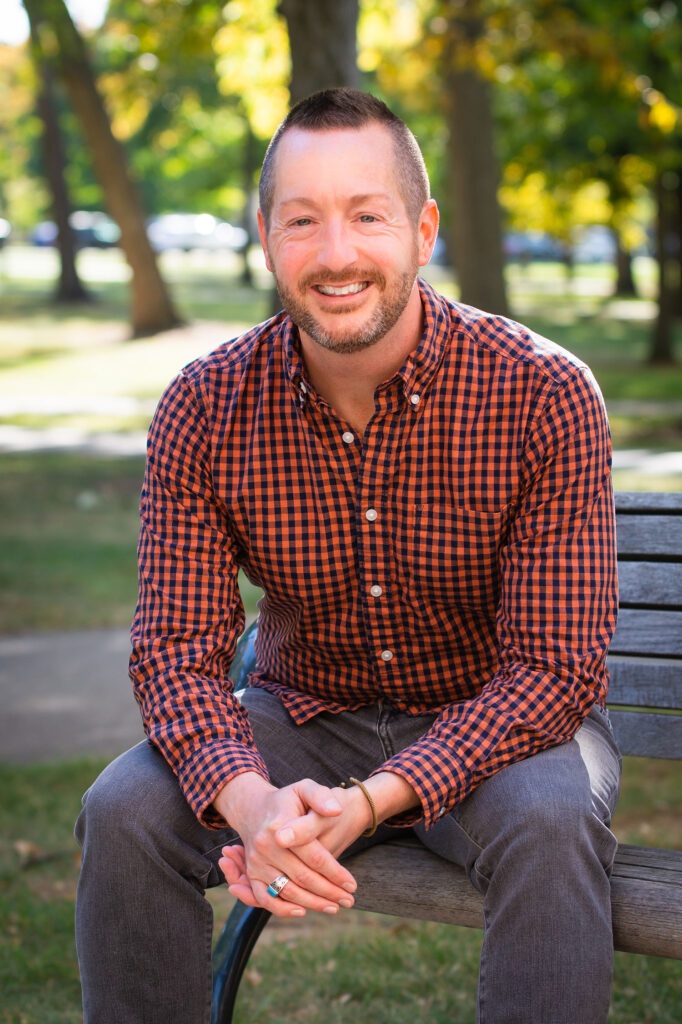 J.R. Jamison is the award-winning author of the memoir Hillbilly Queer and host of the NPR podcast and radio show The Facing Project (recorded and produced at Indiana Public Radio). He is also a founder of the national Facing Project network, a nonprofit in 18 states and over 100 communities that creates amore understanding and empathetic world through stories that inspire action, where he serves as president of the organization.

J.R. has written for The Huffington Post, Pangyrus, Writer’s Digest, and various other print and web publications. His work has been covered by outlets such as The Guardian, Harlem World Magazine, PBS, Runner’s World, and The Statesider, among others. Currently, he is writing his debut young-adult novel.

J.R. is a two-time graduate of Ball State University with a B.S. in Cultural Geography and Creative Writing and an M.A.Ed. in Student Affairs Administration. He considers himself a recovering academic after spending nearly two decades in higher education (all enjoyable years, of course!).

J.R. lives in Muncie, Indiana, with his husband Cory and their loveable, super cute, always-ready-for-the-camera pit bull-Boston terrier mix, J.J. When not writing and recording, J.R. can be found long-distance running, sipping coffee in a deck lounger with 55-pound J.J. on his lap, or on the couch binging Netflix (currently, his favorite show is Stranger Things with Sex Education as a close second).

If you are interested in inviting J.R. to speak or to collaborate on a project, please go here.